These Rib-Cracking Business Quotes Will Inspire Your Startup

Lose your sense of humor and lose your life! Yes, laughter is healthy, and if you can’t afford it, try smiling!

Motivation can come from anything or anywhere. Quotes don’t have to be serious reflections or meditations expressed in formal technical jargon to be inspirational. Sometimes all a business owner needs is a list of funny quotes to keep you moving on. 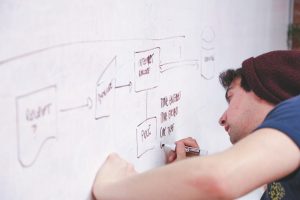 Many times, the secret to a good quote is not in the seriousness of its presentation, but in the depth in which a reader relates or connects to it.

It could be made of the funniest or most informal slung, but what matters is, do they have the power to make a reader reflect on life and motivate one to act?

You’ll be surprised by the success stories of all the people behind these funny quotes. Many toiled, and having achieved their dreams, looked back, smiled and summed up their life stories in funny sentences.

So it can never be serious business all the time, you have to leave some wiggle room to crack a rib.

Motivate the Entrepreneurship in You With These Funny Quotes

Don’t get things twisted, however. A funny quote does not mean the speaker never did a deep reflection on the subject in question.

Some of these Funny quotes will get you thinking about the status in your small business.

“Growth for the sake of growth is the ideology of the cancer cell.” — Edward Abbey, author, and environmental advocate

Abbey is right! Many small business owners want to grow and expand, but only a few have a workable plan. While some growth opportunities come out of the blues—and you want to be sly enough to clutch everything.

Expansion is something you want to plan from scratch. That means your business plan must include a growth strategy. Still, it must allow you to take on new, unexpected opportunities.

Lastly, focusing on small reasonable expansions than hefty projects. Seek to grow to scale, and not beyond your capabilities.

“Right now, this is just a job. If I advance any higher in this company, then this would be my career. And, well, if this were my career? I’d have to throw myself in front of a train.” — Jim Halpert, “The Office,” Season 1, “Health Care”

Settling for less is a disease that will eat you slowly until you die without achieving your potential.

Being an entrepreneur means you have decided to explore your world. Always remember this when you find yourself stuck to the same routine and earnings.

Don’t be a slave to your business even when your master isn’t serving you, right!

More such quotes include;

“Never interrupt your enemy when he is making a mistake.” — Napoleon Bonaparte, emperor of France

Funny right, but from a great mind! And yes, sometimes silence is the best medicine, especially when dealing with your competitions.

“You hear about how many fourth-quarter comebacks that a guy has, and I think it means a guy screwed up in the first three quarters.” — Peyton Manning, former NFL quarterback

Failure is real! And you are not the only one. Sometimes, screwing up in the first three quarters is no big deal if you can come back in the fourth quarter.

There are two kinds of people: those who do the work and those who take the credit. Try to be in the first group; there is less competition there.” — Indira Gandhi, former prime minister of India

Are you the business owner who sits back and waits for results, or do you actively participate in all processes to keep everything smooth and running? Well, it’s time you take responsibility!

Other funny quotes on taking responsibility as a business owner;

“The growth and development of people is the highest calling of leadership.” — Harvey S. Firestone, founder of Firestone Tire & Rubber Company

“The problem with the rat race is that even if you win, you’re still a rat.”—Lilly Tomlin

“The only place success comes before work is in the dictionary.”—Vidal Sassoon

“An acceptable level of unemployment means that the government economist to whom it is acceptable still has a job.” — Unknown

“For a list of all the ways technology has failed to improve the quality of life, please press three.” — Alice Kahn, American writer

“There’s no secret about success. Did you ever know a successful man who didn’t tell you about it?” Kin Hubbard

Were these funny quotes helpful, or did they come off as a bunch of meaningless jokes? Well, that’s for you to judge!

How to Run a Customer-Driven Business